Aliens are characters first found on Banjo-Tooie. They were stuck on Jolly Roger's Lagoon, inside of the lagoon because their UFO runs out of fuel. Banjo must shoot ice eggs to fill the fuel. After he have done it, they will leave and let Banjo get a jiggy that was under the UFO.

They later appear in Hailfire Peaks where one of them (Alph) fell down of the UFO and died. Mumbo must bring him back to life and he will ask Banjo to find his children. After the three alien children are rescued they leave and give another Jiggy.

They later appear in Banjo-Kazooie: Nuts and Bolts. 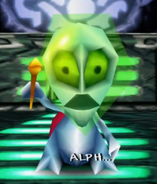 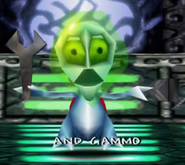 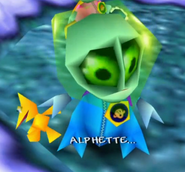 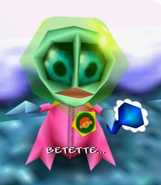 Retrieved from "https://banjokazooie.fandom.com/wiki/Aliens?oldid=40362"
Community content is available under CC-BY-SA unless otherwise noted.