Banjo-Kazooie (XBLA)
Bubblegloop Swamp is the fourth world Banjo and Kazooie visit in Banjo-Kazooie.  The entrance to Bubblegloop Swamp is found inside a swamp-like area on the fourth floor of Gruntilda's Lair. Upon entering the fourth floor, the swamp area is to the left of the Grunty statue, at the top of the orange hill. Its picture is inside the Clanker's Cavern lobby, through a green tunnel behind the waterfall; a switch towards the top of the room must be Beak Busted to open the tunnel. The picture requires 7 Jiggies to complete.

Move toward a pair of Wading Boots to be in a temporary state where Kazooie is able to walk through dangerous shallow levels of water. 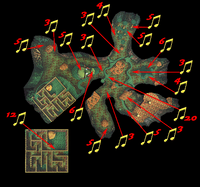 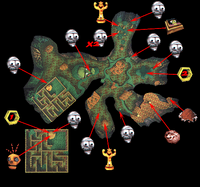 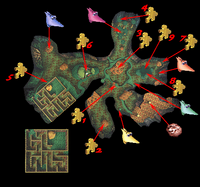