View source
watch 01:36
We're Getting Mutants in the MCU - The Loop
Do you like this video?
Play Sound

Banjo-Kazooie (XBLA)
Banjo Pilot
Freezeezy Peak is the fifth world Banjo and Kazooie visit in Banjo-Kazooie. The entrance is located on the sixth floor of Gruntilda's Lair through a snow white passage. Its picture is located in the Bubblegloop Swamp entrance area, through a passage behind the main hut. This passage is filled with piranha water, so make sure you equip the pair of Wading Boots found near the Gruntling to make it through unharmed. Alternatively, you can use the crocodile transformation to traverse the waters (or bounce through the water while taking the hits). The picture requires 8 Jiggies to complete.

Learned on top of the stacked presents. While flying, press the B button to perform a long distance headbutt. 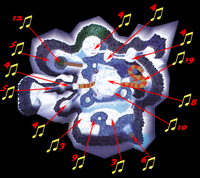 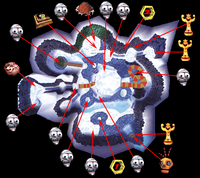 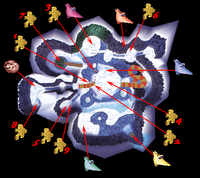 Note: Boggy must have his sled back before Jiggies #1 and #2 can be acquired.