Banjo-Kazooie (XBLA)
Banjo-Pilot
Gobi's Valley is the sixth world Banjo and Kazooie visit in Banjo-Kazooie. The entrance of this level is found on the fifth floor of Gruntilda's Lair, inside a desert-like room. Its picture is located in the sixth floor "Lava Room", just shortly after entering said room. The picture requires 9 Jiggies to complete.

This is the final world Bottles appears in to teach the duo new abilities.

Move toward a pair of Turbo Trainers and Kazooie will be in a state where she runs at an incredibly fast pace. 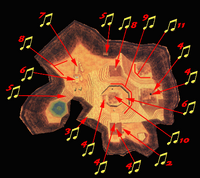 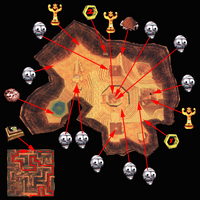 Objects and points of interest. 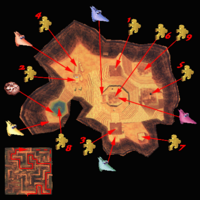 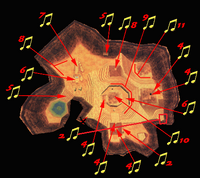 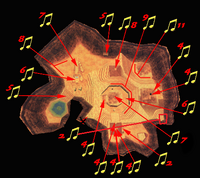 "Pyramid. This pyramid was torn out of Gobi's Valley in Banjo-Kazooie, much to the chagrin of its owner, King Sandybutt. L.O.G decided to bring it back to exploit its handy sloping sides."

Gobi's Valley is a track in Banjo-Pilot is based off of Gobi's Valley. There are several pyramids that can be seen in the background as well as Jinxy. Gobi can also be seen on the course as an obstacle.