Mayahem Temple is the first level in Banjo-Tooie. Based off the ancient Mayan civilization of Central America, it is a large, lush, forested jungle set around a large stone temple, known as Targitzan's Temple built to honor the great god Targitzan. Common sights to see are quicksand pits, ancient stone buildings, and large stadium dedicated to Mayan Kickball. Mayahem Temple is certainly not devoid of life since it serves as a home to the Stonies, a race of statuesque stone beings, and Moggies, a race of primitive and savage tigers. Bovina and Chief Bloatazin also live in settlements not far away from Targitzan's temple.

Other points of interest include the Jade Snake Grove, where Ssslumber the snake lazily rests atop a pyramid guarding a Jiggy, the Prison Compound, where Dilberta is trapped, and the Code Chamber, where the Banjo and Kazooie can access a variety of different cheats codes given to them by Cheato.

Notably, Mayahem Temple is double the size Mumbo's Mountain, the first level of Banjo-Kazooie. Mayahem Temple is also where Banjo and Kazooie first meet Humba Wumba, who takes over Mumbo's role of transforming the duo.

The entrance to Mayahem Temple is in the Wooded Hollow, and is located right beside Master Jiggywiggy's temple.

Press the up C button to switch to first-person view; Use the analog stick to aim, and press Z to fire eggs.

This move is automatically utilised whenever entering a first-person oriented location such as inside Targitzan's Temple. Banjo holds Kazooie like a shotgun, allowing the player to move with the analog sick, aim with up C, and Fire Eggs with Z.

This move is learned inside Mayahem Temple. Press the A button and jump towards a grappable ledge to automatically grab onto it. Press the analog stick to move, the A button to climb onto it, the B button to drop down, and the Z button to get Kazooie to stab wall-lurking enemies.

Behind the giant temple.

Shortcuts to Other Worlds 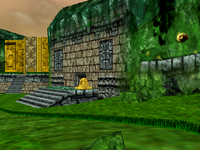 The entrance to Mayahem Temple from the Wooded Hollow. 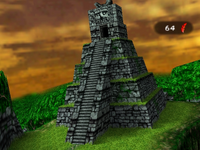 The large temple in the center of the world. 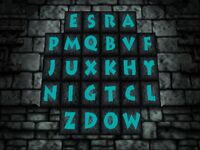 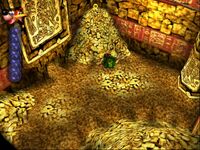 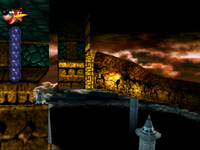 The second floor of Treasure Chamber where Banjo and Kazooie goes to when they have to go get the stolen Sacred Priceless Relic Thingy.
Add a photo to this gallery
v •  e

Retrieved from "https://banjokazooie.fandom.com/wiki/Mayahem_Temple?oldid=46787"
Community content is available under CC-BY-SA unless otherwise noted.