The Top of the Tower is at the top of Gruntilda's Lair in Banjo-Kazooie and where the ending events take place such as Banjo and Kazooie fighting Gruntilda and making her fall under a rock. 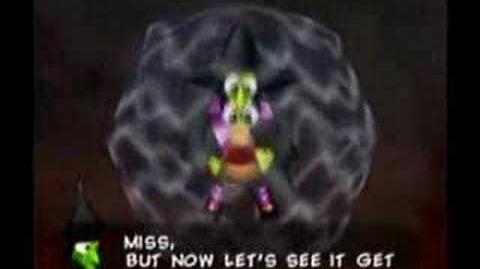 Retrieved from "https://banjokazooie.fandom.com/wiki/Top_of_the_Tower?oldid=46562"
Community content is available under CC-BY-SA unless otherwise noted.