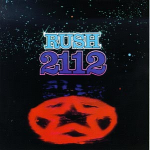 Video Games: My favorite series are: The Legend of Zelda, Final Fantasy, Banjo-Kazooie(I don't like Nuts and Bolts), Super Mario, Paper Mario(I don't like the third game), Doom, and some other games that aren't coming to mind right now. I have got 100% in Banjo-Kazooie twice and 3 times in Banjo-Tooie. I have played Nuts and Bolts and I have to say that I hate it. It's nothing like the other games. For some odd reason they decided to change it from an amazing platformer to a crappy car driving game where you play stupid mini-game type things to get jiggies. I wouldn't be suprised if the game had different characters early in development and they changed them to Banjo-Kazooie characters because they thought it wouldn't sell very well. The music is all wrong, too. It's not that the music is bad, it's just that orchestrated music doesn't fit Banjo-Kazooie games. But that is all my opinion on the game.

Retrieved from "https://banjokazooie.fandom.com/wiki/User:Ryan6897?oldid=32452"
Community content is available under CC-BY-SA unless otherwise noted.