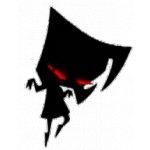 It's easy, create new page with "{{subst:ns:0}}" (without quotes/<nowiki>) and put in the edit summary "&shy;". I forgot to do the shy thing on my page, though. SWFlash

I'll be honest, I haven't been here in about a year, so I don't even remember if I'M a sysop. xD But yeah, I see that you've really been keeping this place alive, so if I am a sysop, I'll look into having you promoted. Regardless, thanks for keeping this place going. =) EmptyStar 15:10, May 7, 2011 (UTC)

Where was it decided to restore all of the DKR content? This is a wiki, there should always be discussion about such things before action is taken. Toomai Glittershine

I don't see how that's a relevant question, to be honest, since this wiki is only about the BK series. Toomai Glittershine

MarioWiki has articles about characters coming from the series like WarioWare and Donkey Kong Country so I thought why can't we have these articles? Jello Rabbit 12:08, May 10, 2011 (UTC)

I'm not saying you're wrong, I'm just saying that this wiki had previously decided to not have such articles, so you should have opened discussion in a forum or something before bringing them back. Now, seeing as the wiki is in a slow phase, I don't think it's as much as a problem at it could have been, and I don't think you should undo what you've done (since it's a good deal of work and clogs the recent changes), but I do think you should make a forum to discuss having articles on characters and such from cameo-only games. Toomai Glittershine The Stats Guy 12:15, May 10, 2011 (UTC)

I'm sorry, but I don't think you know the first thing about being a proper wiki administrator. Just because you happen to be the most active user doesn't mean you're "in charge". You move high-importance pages without discussion, you delete and then undelete an article for absolutely no reason, and you change the block settings of a user that was originally blocked almost a year ago (okay, so that block was going to expire in a month, but I still don't think it was a necessary action). I'm sure you could have done stuff to help the wiki without needing administrator powers. Toomai Glittershine eXemplary Logic 12:54, May 12, 2011 (UTC)

I am just trying to help the wiki. I just gave the full names for Gruntilda, Mingella, Blobellda, and Brentilda because their last me in Winkybunion. Second, I undelete pages that I kinda think that don't need to be deleted. I deleted images because they were either bad quality, misnamed, and/or duplicate files and unused. Thank you. Jello Rabbit 17:39, May 12, 2011 (UTC)

Furthermore, this isn’t the Mario Wiki, meaning that we do not necessarily follow the same policies that they do. Though most of our policies are generally agreed upon informally in talk pages, it is a good idea to take some time to observe how other users edit and discuss things with them before making such large-scale changes. Don’t hesitate either to start a discussion on any article or user talk page if you find something that should be changed or aren't sure what to do.

"Banjogatzooie added too much revisions. Will undelete." is the absolute stupidest reason I have ever heard for the deletion of a page, especially one of the highest-importance ones - what is the point of getting rid of a series of revisions that were done about a year ago? It's not like you're cleaning up the system or anything by doing it; it actually gives the system more to keep track of. I'd like to hear your opinion of why that was necessary (i.e. "necessary", not just "a good idea").

Am I being harsh? Maybe. Do you deserve it? Hard to say, but I think so. This wiki didn't need another admin or another bureaucrat. I come here two or three times a day, revert and block anything that needs such, and go on to do things that currently interest me more. For a wiki in a time of inactivity, it's okay to have fewer admins. Then you showed up, made a bunch of good edits, decided you wanted adminship, somehow got it from someone else, and then did a bunch of things that were undiscussed and unnecessary. You make good edits, but you don't need adminship to do that. Toomai Glittershine eXemplary Logic 13:15, May 22, 2011 (UTC)

And another thing. I've blocked CatherineMunro because she vandalized someones user rights on the previous wikis.Ghostytreat 15:20, August 4, 2011 (UTC)

How do i feature a video so it can show on the main page?

If you don't want those images there then only banjo kazooie images can go to interfaces?Ghostytreat 19:32, August 5, 2011 (UTC)

But now i have resolved and understand those images shouldn't be on the wiki. But the video and the pictures of the banjo tooie and other banjo kazooie content has to stay on the interface so that everyone else can see them while changing user rights.

You can't get a staff because strip the powers is just a flea move. Therefore thats nonsense but thanks though.

Well you should restore that revision because i like it to be blank because i can say them without getting into trouble in the whole site.Ghostytreat 19:13, August 10, 2011 (UTC)

So that guy you promoted

Please do not re-promote User:Ghostytreat on this wiki to any position. He has proven himself unfit for adminship in his actions on other wikis, where he has been blocked numerous times. --daNASCAT

What was that sparkle of light about? It must have covered things, flashed and faded out after DaNASCAT revoked our user rights that we just got earlier.

Just so you know i decided to close my previous account because it got its rights revoked. But i'm a joker but not Ghostytreat. If you can think about letting me have them after about 300 edits thats good. But i will try some edits here in a little while. I will be editing something which is not yet improved so i will have a good time.Terrific joker 19:00, August 20, 2011 (UTC)

Hey, thanks for your message. I would edit here, but I don't get much time these days. Keep up the editing here; you're doing a great job. You can message me from time to time if you want any tips on anything. :)

Did you even read the talk page before deleting the Washup/Nutta/Boltoid article? The reason I didn't delete it myself was because I had opened a discussion on it. Jimbo-Jambo 20:06, August 31, 2011 (UTC)

I understand, but as I said, the reason I hadn't deleted it myself was because I had started a discussion on merging them. Jimbo-Jambo 22:25, August 31, 2011 (UTC)

I just wanna let you know that the Joker has uploaded hd high resolution pictures because they should be as smooth as possible. We even like high res photos.Flysic 04:06, October 20, 2011 (UTC)

I was just wondering. I know some people like it when they turn the mediawiki messages into nonsense in this site.--Flysic 21:12, October 30, 2011 (UTC)

Hi! I'm an italian fan of BK (which is a really strange thing, isn't it?) and if there's anything to do, I'd like to come here and do it. I will not be here for much time, for two reasons:

Re:I have a question to ask you.

Hey man. I'm glad to see you're still working hard to make this wiki better and better. Dekudan and myself would use "emulators" to capture screenshots of the Banjo-Kazooie video games. The Nintendo 64 emulator was called Project64, but I forgot the name of the GBA one. You can download the emulator, get the game "file" off the internet, then take screenshots as you please. Although, the legality of doing this is disputed. Unfortunately, I'm really busy in real life and cannot dedicate much time to wiki-editing any more. I'll check Wikia occasionally for new messages and activity, but that's pretty much it. Please let me know if you need anything else :) Cheers,

Conker, I have a question

How do you add that template on your userpage that says: This user has: (Insert Banjo game here) How do you do that?

Hello, my name is Nic and I'm a member of the Wikia Development Team. Recently, we have been encouraging/offering users to enable the Related Videos Module. With this module, fully-licensed video and content is available that can be used throughout your wiki. In case you have never seen this module, an example of it can be seen here. Please let us know if we can enable this feature on your wiki. Thanks. - Wagnike2 (talk) 22:18, November 11, 2012 (UTC)

Retrieved from "https://banjokazooie.fandom.com/wiki/User_talk:Conker%27s_Bad_Fur_Day?oldid=34900"
Community content is available under CC-BY-SA unless otherwise noted.