Magic Cauldrons, also known as Warp Cauldrons, are friendly, animated cauldrons which can be used as shortcuts between certain locations within Gruntilda's Lair. Each cauldron has a color, and there are four pairs of same-color cauldrons found throughout the lair. Once two cauldrons of the same color have been activated, Banjo only needs to jump into one of the bubbling pots to be instantly warped to the other, they bear a resemblance to Dingpot. 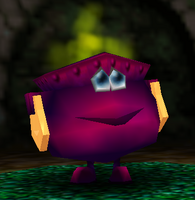 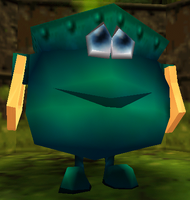 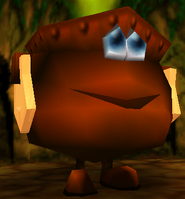 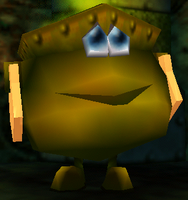 A yellow pot.
Add a photo to this gallery
v •  e

Retrieved from "https://banjokazooie.fandom.com/wiki/Warp_Cauldron?oldid=46442"
Community content is available under CC-BY-SA unless otherwise noted.